At Ngombe, the Zambesi River is untouched by civilisation and crisscrossed only by mokoro (dug out canoe), hippo and crocodile.  The occasional motor-boat with an adventurous fisherman looking for a big tigerfish is still a rare sight. The Kaale rapids upstream of the lodge make the immediate area close to the lodge a magical place for the fly-fisherman.

The Tigerfish is a super predator that is found in the 2200‐mile long Zambezi River in Southern Africa. Hydrocynus Vittatus or the striped waterdog has a vicious appearance with eighteen dagger‐like teeth, steel plated cheeks and bright orange and red fins. They feed mostly on other fish and have been known to cannibalise their own. They are closely related to piranhas and the freshwater Dorado of South America but, they are a different species altogether when it comes to fishing for them.

The Vundu is the largest freshwater fish in southern Africa. Heterobranchus longifilis can grow to 150cm and reach a maximum weight of 55kg. Few other catfish species have such large second dorsal fin and such long barbels as the Vundu. With its serpent-like body, it can charge with powerful bursts of speed and there are several recorded events of it dragging grown men to the bottom of the river.

The upper Zambezi Yellowfish, Labeobarbus Codringtonii, is commonly found throughout the Zambezi and Okavango rivers in Southern Africa. They prefer fast flowing water over cobble and rocky bottoms where they predominantly feed on aquatic insects and crustaceans. Their exaggerated fins help them manoeuvre in the fast water and they are powerful swimmers.

The area has a wide variety of bream like species found in the Upper Zambezi River. The nembwe, is a particularly sought-after fish by anglers. These fish are incredibly strong for their size and their fierce strikes and lengthy battles make them a formidable opponent for any angler.

We use the most knowledgeable fly-fishing guides available for the area. The guides know where to find the fish and appreciate the needs of anglers. All our guides have an exceptional boat and fly-fishing skills and will make sure the anglers’ needs are met. 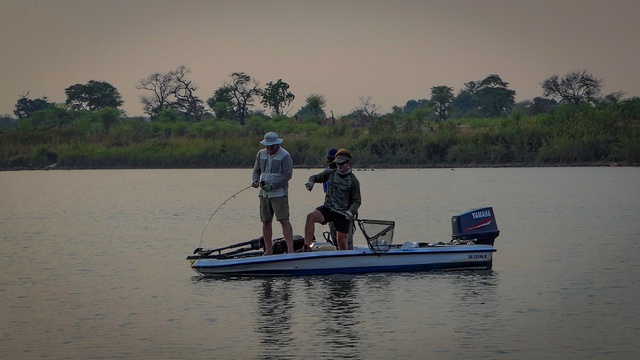 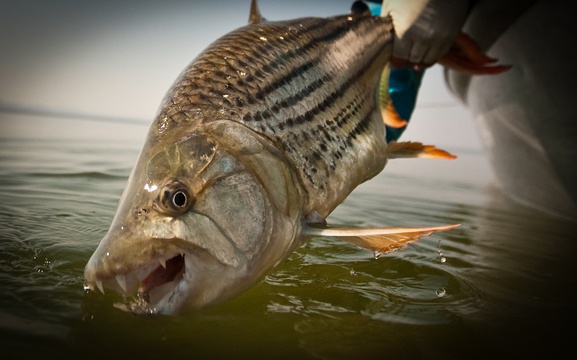 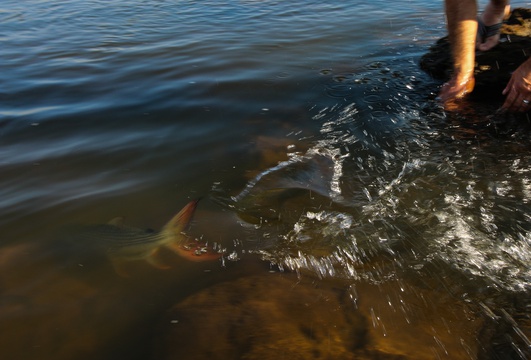 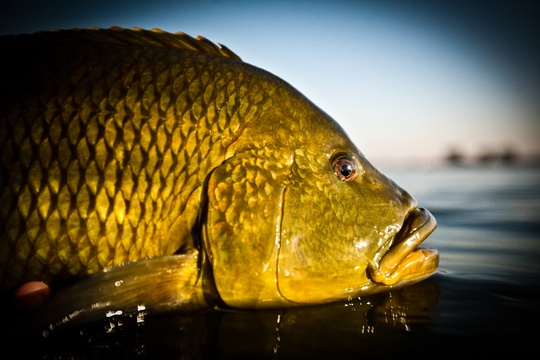 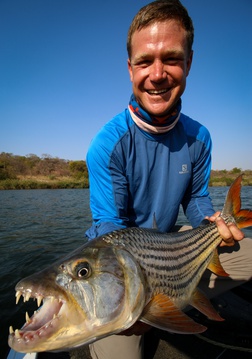 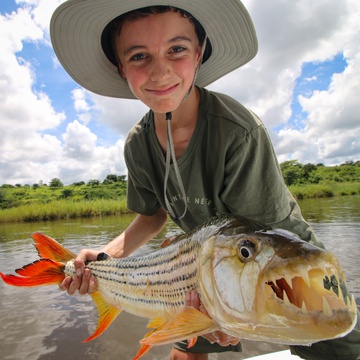 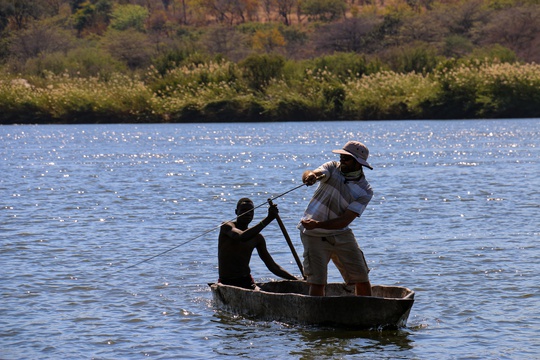 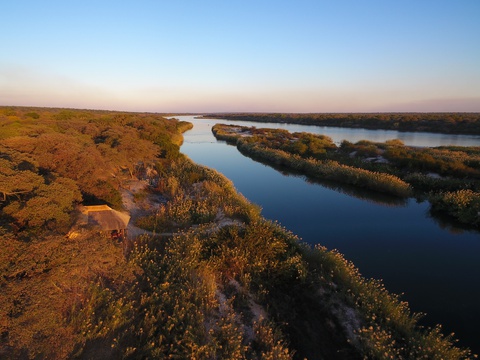 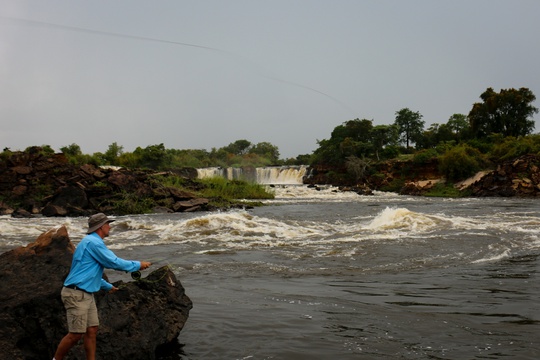 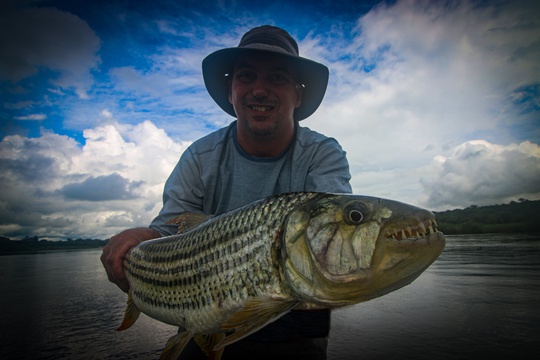 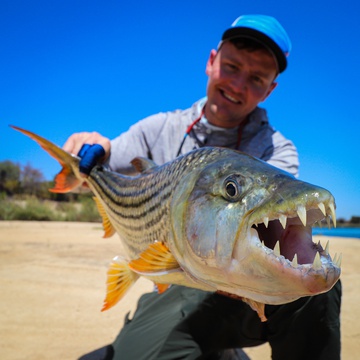